While a “permissioned” network does address privacy concerns to some extent, oftentimes there need to be additional layers of obscurity within an already isolated network. The Quorum client, through usage of a special module referred to as “constellation”, accommodates these concerns. The internal flow of private transactions in Quorum is outlined step-by-step below, however a basic grasp of the architecture is necessary before continuing.

Assume a scenario with three parties - A, B and C - where a private transaction is conducted between A and B, and the third party, C, has no visibility into the transaction inputs and ensuing state. 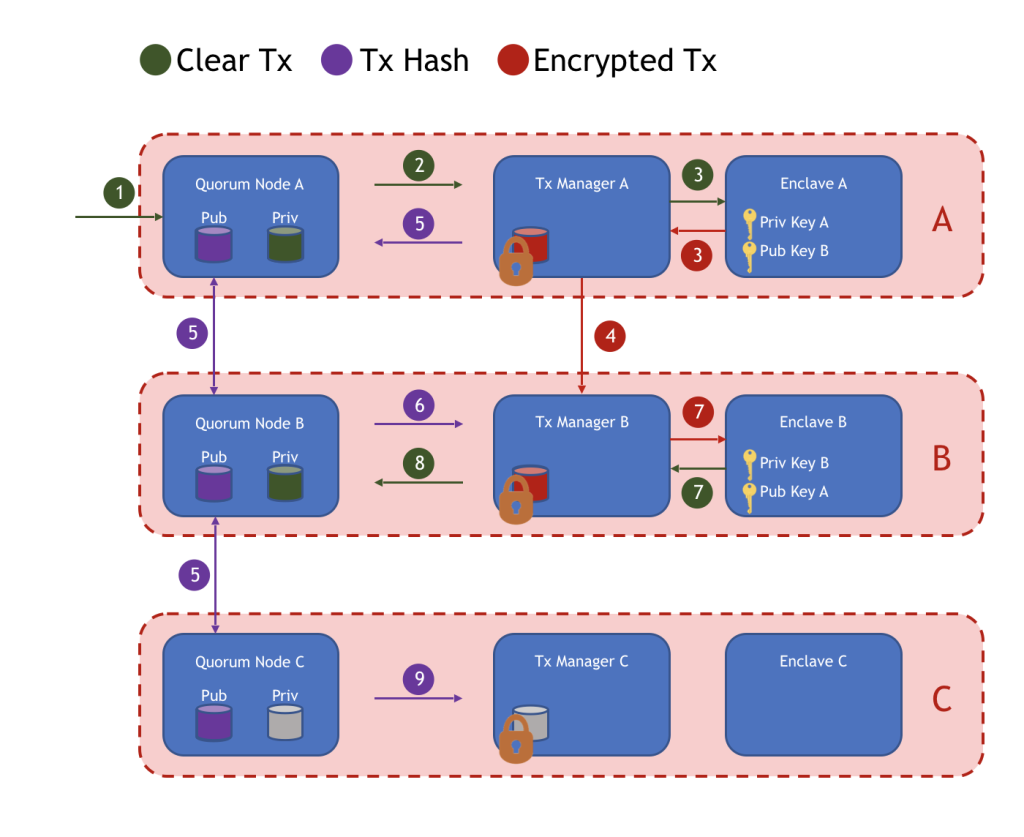 Every node still appends the same block to its ledger. The key piece here is the presence of a private state trie in the Quorum node and the encryption/decryption flow made possible by the constellation module.